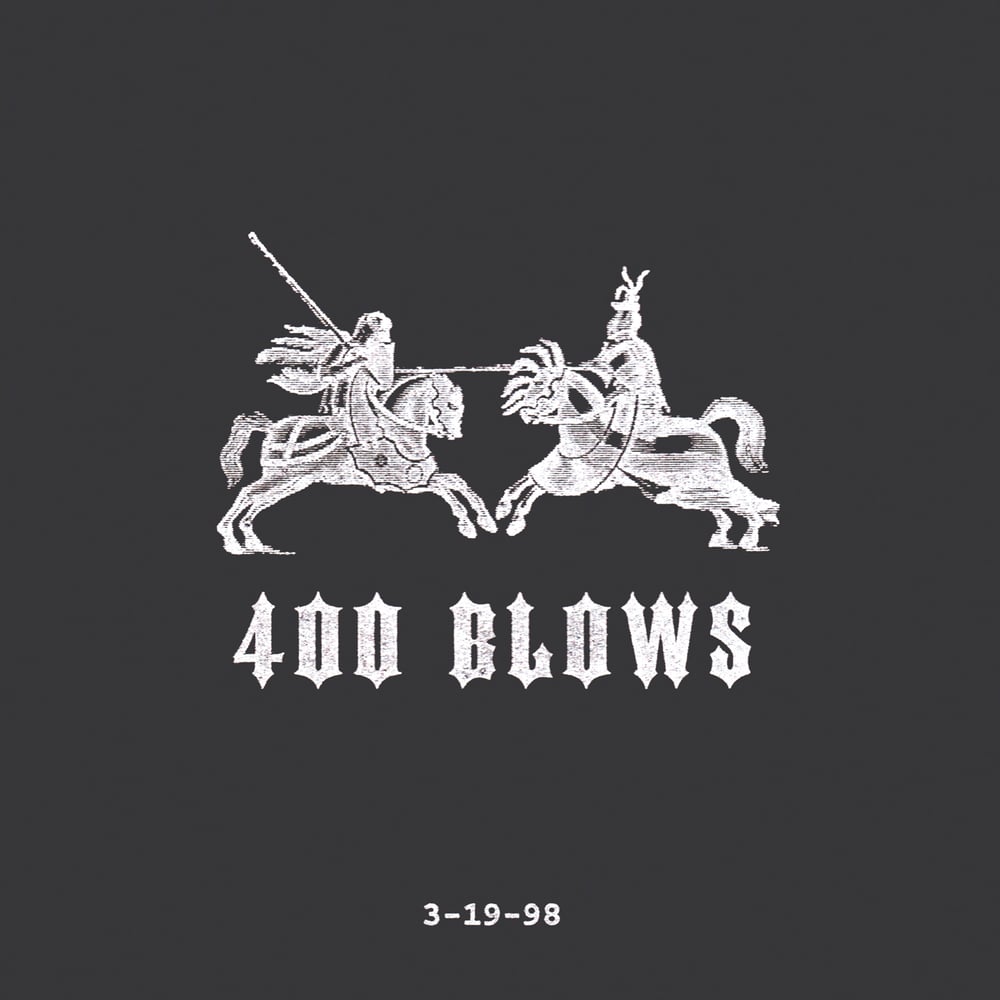 US Pre-Order via Total Annihilation https://totalannihilationrecords.bandcamp.com/album/3-19-98

Released for the first time on vinyl and remastered by Mikey Young '3-19-98' is 400 Blows at their purest form. Sonic assault galore.

Formed in Los Angeles in 1997 after a few lineup changes, 400 Blows gained notoriety throughout Los Angeles and beyond with their menacing stage presence which would practically destroy everything in its path. 1998 saw the release of their first record “3.19.98” and after three years of laying siege to eardrums and soundboards everywhere, the sixteen track double record “Black Rainbow” had them touring with At the Drive In in 2001.

Showing no signs of slowing down, 400 Blows had hit the ground running when they signed to the lionized roster of Gold Standard Laboratories in 2005 to release “Angel’s Trumpets and Devil’s Trombones,” which was followed by a European tour with The Locust and appearances with The Mars Volta at All Tomorrows Parties.