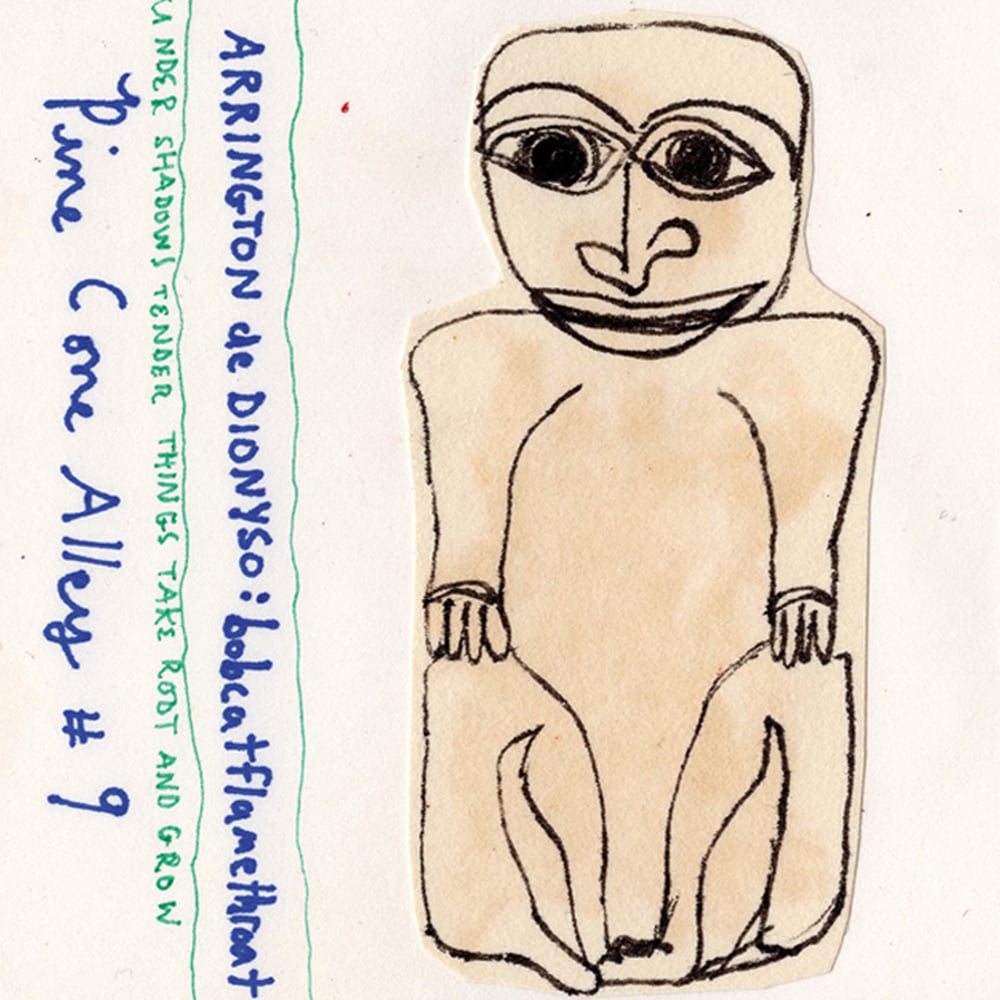 Originally released on cassette in 1993 and now for the first time on vinyl, this is an incredible document from a teenage Arrington de Dionyso. All the seeds of his 30+ career are engrained on these fully formed Tascam recordings.

"Bobcatflamethroat" was originally released as "Pine Cone Alley Cassette #9" in August of 1993. The songs were recorded on a Tascam Porta-One 4 Track cassette studio inside a secret area in the basement of the College Activities Building at the Evergreen State College, known as "Happyland". This album has never before seen a digital release of any kind, however there is one song "Everything is Broken" which later became part of the original "canon" of Old Time Relijun after that band was formed in 1995. That song was re-recorded on the first Old Time Relijun album "Songbook Vol. I" released in 1997.

I still dig most of the tunes on this one- these were all written and recorded while preparing to welcome a new young life into the world (my daughter Lucinda, born August 22, 1993). So while not specifically "Children's Music" per se, the tunes are wild, hopeful, optimistic yawps of playful abandon for all ages. There are a number of "inside jokes" that only would have made sense to the very tight knit inner circle hat I considered my "core" group of friends at that point in my life. I also think there are more than a few "hits" on here. I was 18 years old!

Anyone who has followed the last thirty years of my musical career should find something of interest and delight on this album. For some reason I chose to record most of the guitar and bass parts "direct" without an amplifier- I'm not sure why I did that but it's a unique sound in retrospect. There's a decent dose of throatsinging and other odd vocal techniques, proving that I dove deep into this territory of vocal exploration at a very young age. Also plenty of mouth harps, flutes, kazoos, and clarinet, although this was just BEFORE I bought my first bass clarinet. The song "Kite Dragon Hypnosis" showcases the very first time I EVER recorded anything with a saxophone!