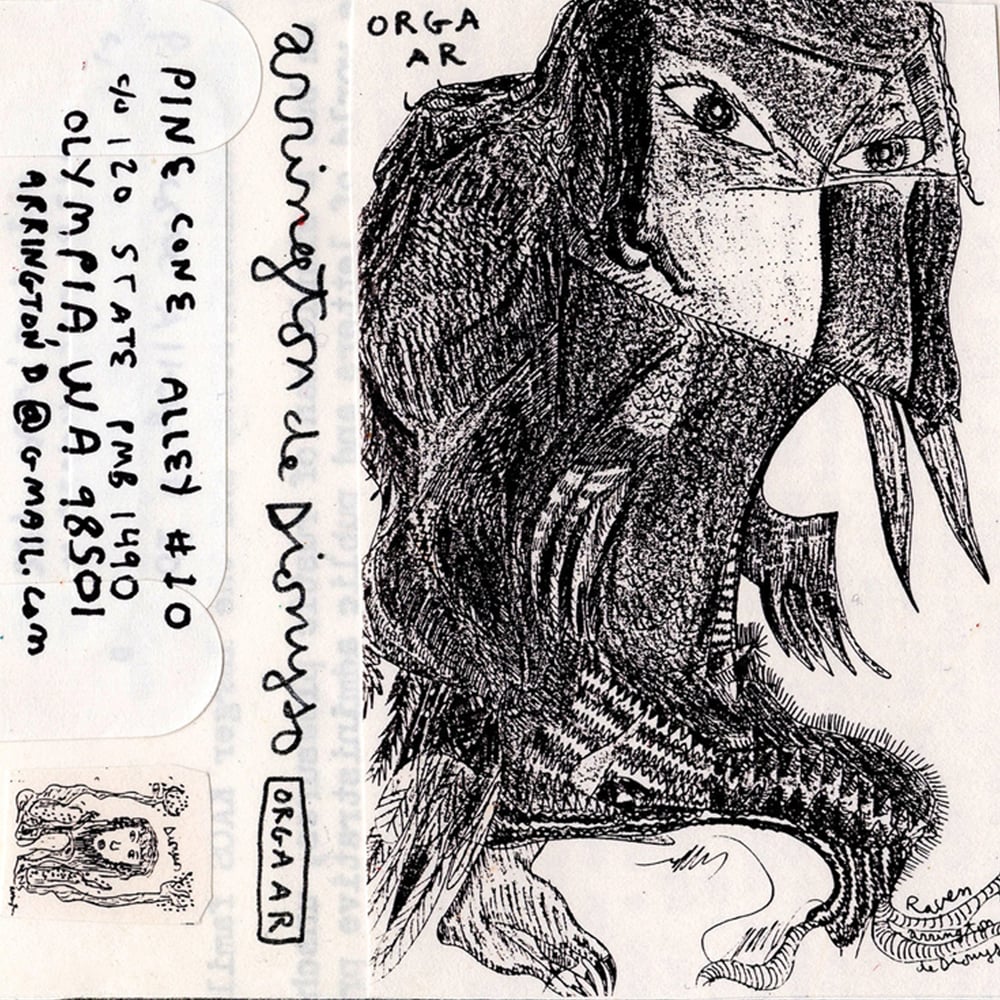 Originally released on cassette in 1994 and now for the first time on vinyl, this is an incredible document from a teenage Arrington de Dionyso. All the seeds of his 30+ career are engrained on these fully formed Tascam recordings.

From Arrington:
"Orga Ar is how Old Time Relijun came into being. It was the first time I ever had a "real" drummer (Bryce Panic) come in to give me some tracks to build songs with, and then I had Aaron come in and play upright bass on one tune (Qiyamat). When they heard the tape they both asked me if I had ever thought about starting a band and getting some shows organized. It's so weird to imagine now, because I really didn't have my shit together to do the kind of live performance I wanted to do all by myself. So the idea was that we would start with the songs on the tape but allow them to "breathe" in the live setting. I think at first I really wanted the band to be mostly improvisational, and just using the lyrics as a way to have continuity. But after a lot of trial and error in setting up our own shows we decided that having a more structured setlist had better results in getting people to dance. The Olympia scene at that time was kind of "anti-dance party"- most of the punk shows downtown were heavily politicized and were more about the connected activism than about the music per se. For me at the time, I felt like the REAL "political statement" that needed to be made was for the music to be an affirmation of one's physicality, that movement and enthusiasm were both OK and sometimes necessary for self-and-social liberation. We weren't popular at all in the "scene" until years later, in fact all of our US tours were disastrous until we were invited to tour in Europe by an Italian fan who organized everything in 12 different countries. In pre-internet era Olympia, our only aims were playing fun shows for our friends, with little regard for reaching the outside world."