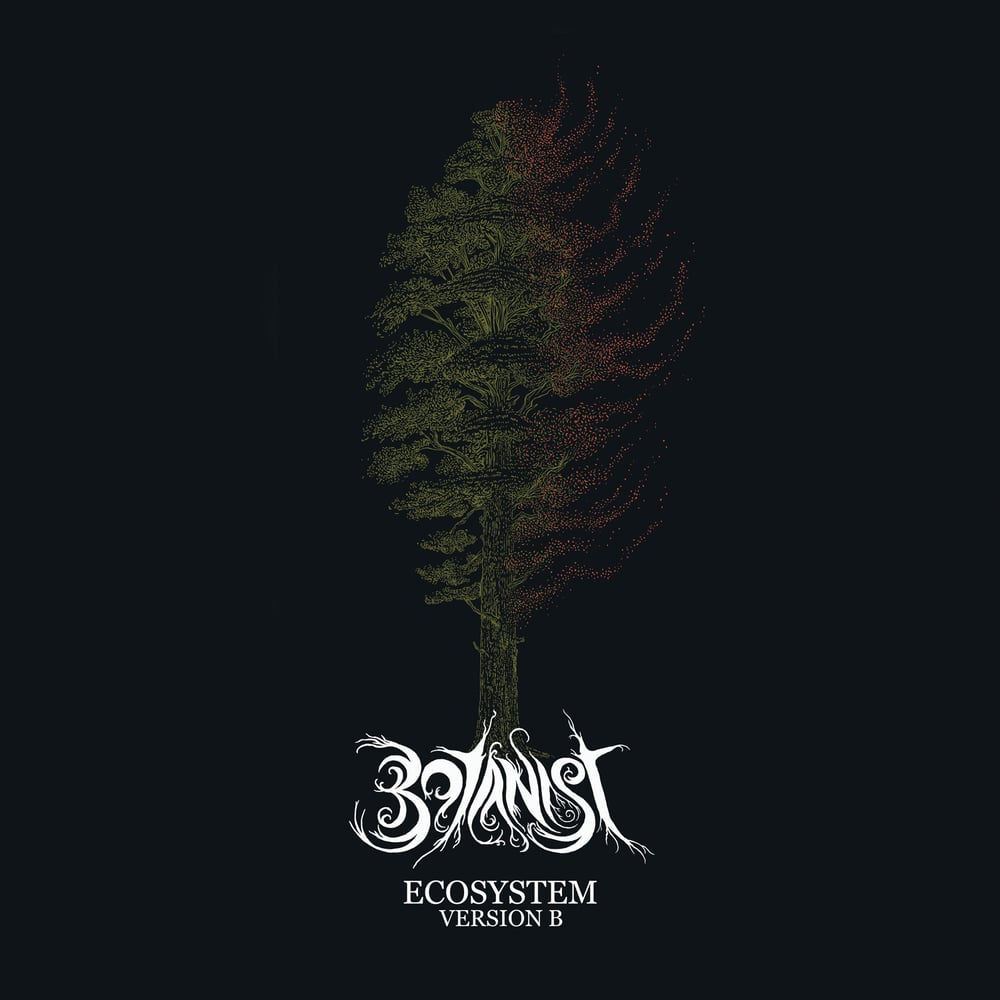 Originally released in 2020 on a limited run of cassettes, now reissued on vinyl for the first time.
400 copies, 75 limited on silver vinyl and 50 limited on white/red vinyl

Based on the simple parable of growth, prominence, extinction and rebirth, "Ecosystem version B" begins with the notion that modern man has reached a point in which they are no longer on the natural path of progression, but are seemingly above it through technological advancement.

However, humankind has not only achieved this dominance in the wrong ways, but further, has actually ruined themselves with the misuse of fossils that were created by the Carboniferous period of earth, one of the most glorious eras for plant life and still quietly dictating the course of progression.

Although man has now forced the hand of the extinctive process, creating his own ultimate fire through climate disruption, advanced war, biochemical plague and self pollution, it will end in the same way: the earth seeing a great time of silence and cleansing followed by a period of rebirth.

Just as the first seeds began to emerge at the end of the Devonian age, a new Elkinsia is already among us, waiting to blossom on the day of the Budding Dawn.