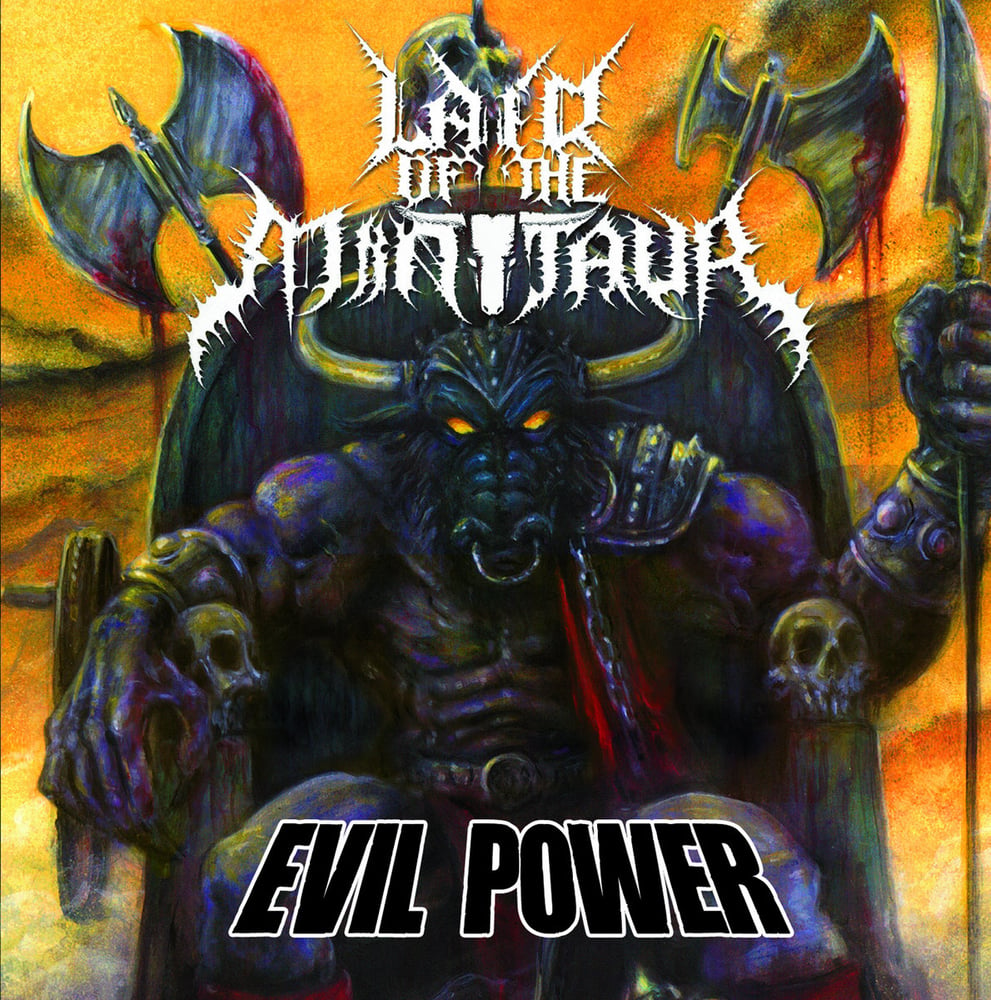 "Steven Rathbone and company have unleashed yet another masterpiece! Evil Power is their fourth album and by far one of the best. Lair of the Minotaur have shifted between a sludgy doom/thrash metal outfit. On this album they focus much more on the thrash. Their last album was all about war and carnage. So is Evil Power, but it's more of a victory album. They've succeeded in defeating the enemy and are rejoicing on this album.

The production is the same as every other album. Very rough and scratchy, but I can't imagine Lair of the Minotaur with good sound quality. It wouldn't be the same. The bass guitar is also audible throughout much of the album, which adds to the heaviness.

Steven's vocals have improved since the last album. His shout is understandable and makes it more enjoyable because the lyrics are written well. His scream and growl are top notch! You can hear the improvement on his shouting on "Lets Kill These Motherfuckers" and "Evil Power".

The song lengths are short compared to the last album where almost every song was over 4 minutes. Now most of the songs are less than 3 minutes in length. The longest song on the album "Death March Of The Conquerors" is one of my favorites. It's the song I will now listen to everytime I need to get pumped for something.