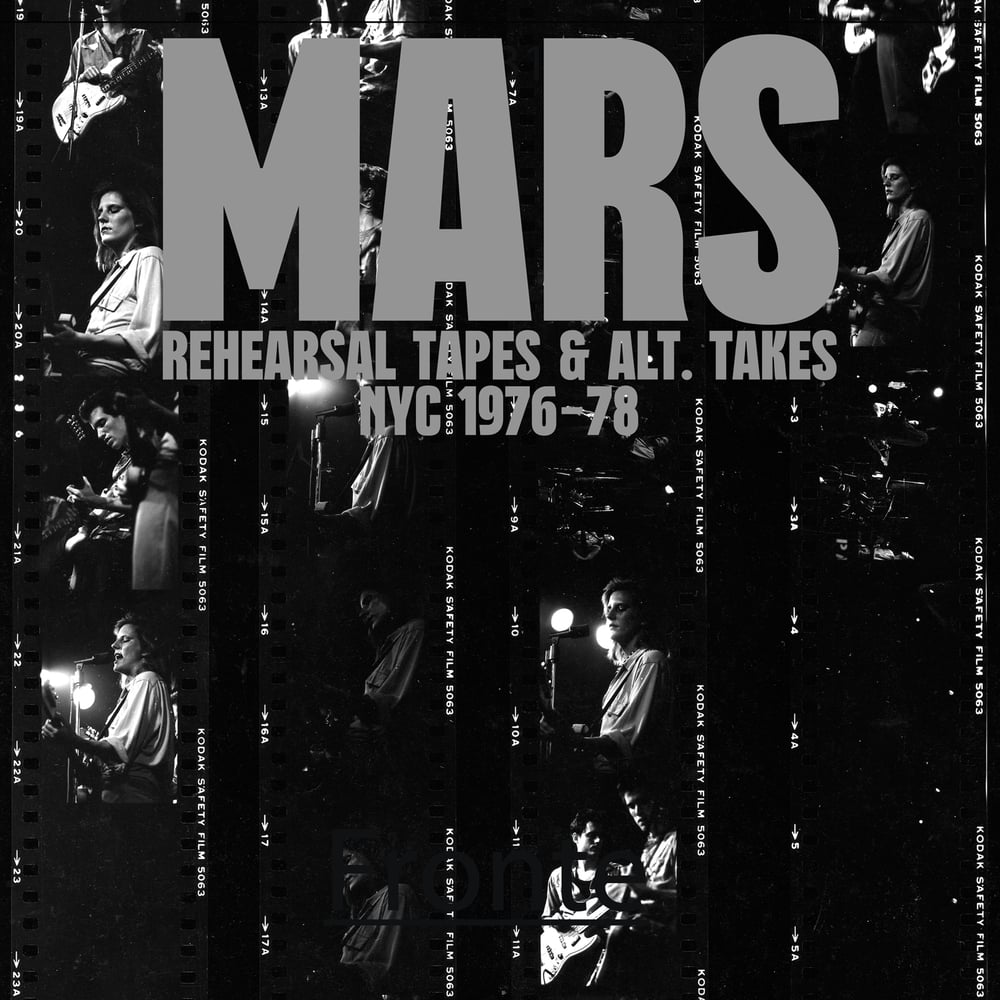 Before No Wave there was China and after China there was MARS.
For the first time on vinyl the complete 'Rehearsal Tapes and Alt​-​Takes NYC 1976​-​1978', an incredible document from this era.
The rehearsal tapes are a chronological record of the 3 years of Mars' existence, the first year of which was spent forming their sound and musical identity, starting out with a lineup of upright piano, bass, acoustic guitar and percussion before going electric with guitars, bass and drums.