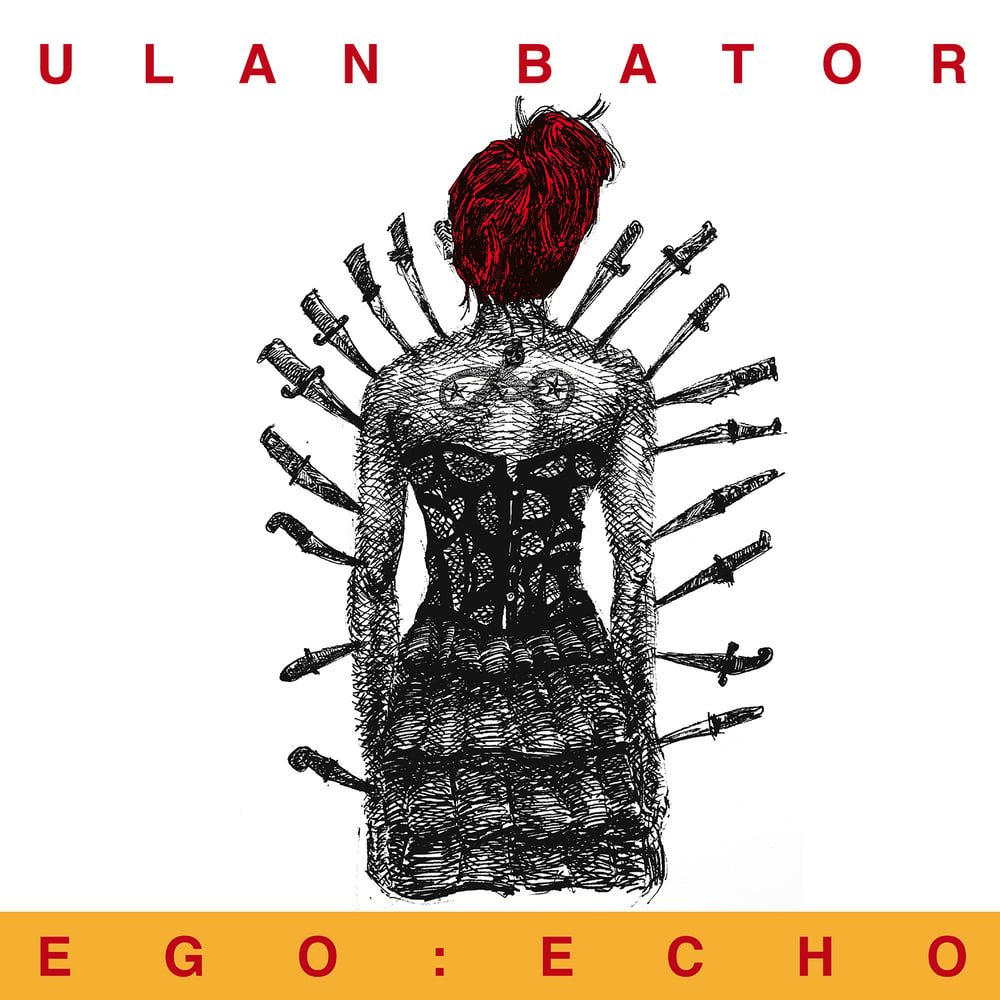 Ego: Echo is the fourth album by French post-rock band Ulan Bator. Produced by Michael Gira, former member of the band Swans and head of Young God Records and originally released on CD in 2000. Remastered and reissued for the first time on 2XLP.
Gatefold 2XLP, 500 copies. Limited edition of 100 on orange vinyl.

"One summer, in the midst of a debilitating heat-wave, Ulan Bator and I (complete strangers to each other at the time) locked ourselves up in a tiny recording studio in a village just north of Florence, Italy, for 18 hours a day for three weeks. We got to know each other pretty quickly! Of course I'd heard demos of the material that eventually became the songs on this recording, and I'd heard (and been a fan of) their earlier records, but as we started to work it became obvious to everyone that we had to be open to anything, to be willing to start from scratch in some cases - just throw everything out the window and make something happen right now if we were going to rise to the potential of the moment. So, much (though certainly not all) of this music was written and/or (re)arranged on the spot, as we worked, under increasingly intense pressure. Adrenaline, stress, heat, chaos, and panic, combined with the language barrier (they're French, the engineer was Italian), forced us into places we never expected to end up in, which to me, was incredibly elating. In some cases the basis for the song started with just a groove, or an electronic sound, or a vocal idea, or an accidental noise, and was eventually wrestled into the final version you'll hear on this CD (though other songs are re-arranged versions of material they'd previously worked out). To watch them... "

The Wire (UK): "Ulan Bator’s music follows an eccentric orbit, while their power is usually kept simmering in reserve. The players investigate the borders of song structure.They build up enormous tension (...) they played a marathon three hour set with Faust early last year. Hard to imagine, given Ulan Bator's inherent sense of control: halting on the brink before complete freakout sets in is what makes the group so special"​